We Will Remember Them

Fairey Swordfish W5856 flew over St Bartholomew’s, the Fleet Air Arm Memorial Church at RNAS Yeovilton this morning in a moving tribute to the 6,750 Royal Naval Air Service and Fleet Air Arm personnel who have given their lives in the service of naval aviation.

The Swordfish, which flies with the Royal Navy Historic Flight based at RNAS Yeovilton, flew in salute over the bowed heads of the congregation of servicemen and women as they stood in quiet reflection in the peaceful Fleet Air Arm Cemetery.

St Bart’s is the spiritual home of the Fleet Air Arm and an honoured place of rest for many who have lost their lives flying from aircraft carriers and ships in the Royal Navy in the First and Second World War and around the world in many conflicts since.

The Fleet Air Arm Roll of Honour, six beautifully leather-bound Books of Remembrance, is kept on permanent display in the serenity of St Bart’s. The perils of flying from ships at sea are much greater, than flying over land, resulting historically in many naval air casualties from accidents as well as combat. Unlike land-based airfields, flight decks often pitch and roll precariously. Fog, storms and high seas states, mechanical failure, navigational difficulties and limited endurance were factors that often played a part in naval aviation losses. Sadly many naval aviators were lost at sea with no known grave but their bravery and courage was unsurpassed. Every name in the Fleet Air Arm Roll of Honour tells a remarkable and heroic story and finding the name of a loved one or friend, brings a great sense of pride and lasting peace to those throughout history touched by these selfless losses.

The sacrifices made by Fleet Air Arm personnel, and their loved ones, are no less demanding today. Although vast improvements have been made in the design of aircraft, there is still no such thing as a totally reliable aircraft or an assuredly safe flight. The pain of loss can resurface after many years and the Swordfish serves as a living memorial and an enduring tribute of remembrance to all who have served in the Royal Naval Air Service, the Fleet Air Arm and wider Naval Service.

The Royal Navy Historic Flight and Navy Wings collection has two Swordfish. These two priceless beautiful old aircraft are the only two airworthy Swordfish in the world and of great national importance. Sitting at the heart of the Nation’s naval aviation heritage, this iconic biplane is best known for the major part it played in defending the U-boat threat in the Battle of the Atlantic, for the daring precision attack on the Italian battle fleet at Taranto and for crippling the Bismarck. 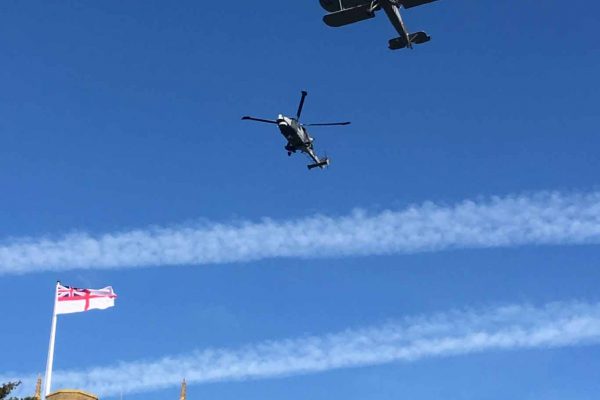 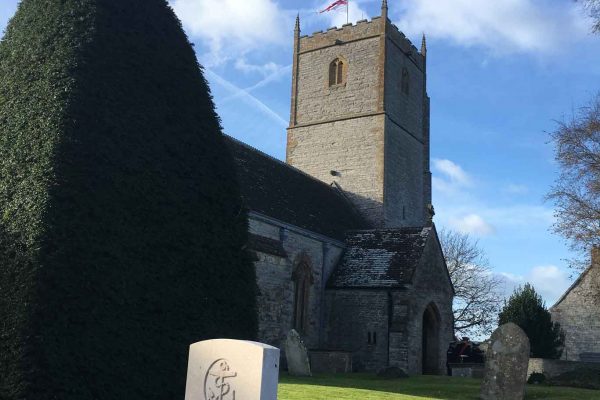 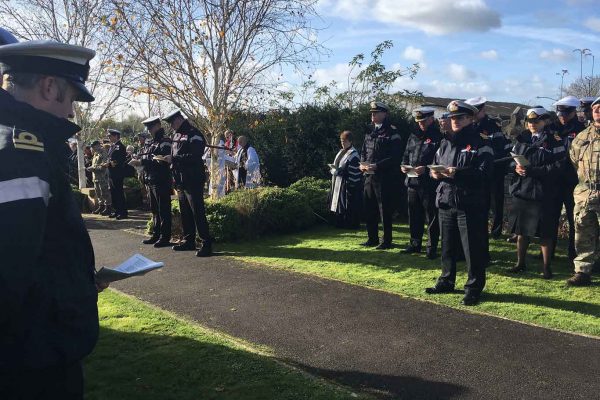 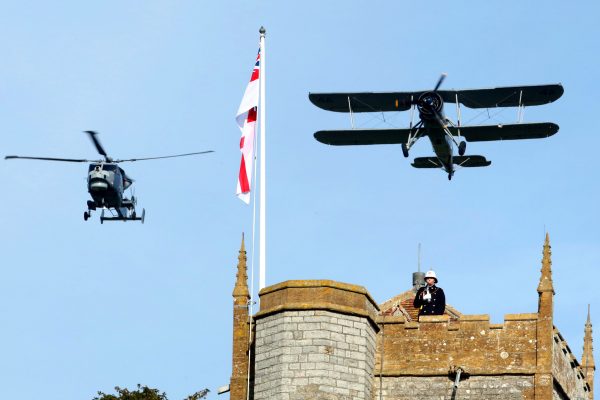 Veterans from the Fleet Air Arm Associations will march past in the National Service of Remembrance at The Cenotaph in Whitehall on Sunday and Commodore Jock Alexander OBE, Chief Executive of the Charity, will lay a wreath on behalf of the Fleet Air Arm Federation at the Fleet Air Arm Memorial on the embankment.

Chief Petty Officer Aircrewman Andy Vanes, who took the salute in the Swordfish, will also be marching with the Aircrewmans’ Association, the modern equivalent of the Telegraphist Air Gunners (TAGs), who served with such valour providing defence against enemy aircraft in the rear cockpits of the Swordfish. In World War Two, 2500 TAGs saw active service from the icy North Atlantic to the Japan. Over 507 were lost through enemy action and 69 became Prisoners of War.